The wines of Orvieto

It is said that it was the Etruscans, in the mists of time, to dig the first tufa caves to make them cellars. The city is so closely linked to this wine, to have given it its name. The main vines that contribute to produce the Orvieto are the Tuscan Trebbiano, also called Procanico, to which Grechetto is added for a minimum of 60%, in the remaining 40% the white vines allowed in Umbria and in the province of Viterbo can be used . 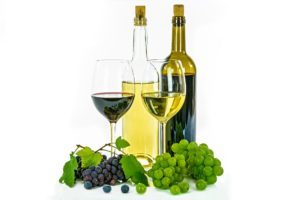 In the Middle Ages and the Renaissance it was one of the favorite wines of the Pontifical Court (Paolo III Farnese was particularly fond of it, Gregory XVI wanted his body to be washed with this wine before being buried); he was praised by poets, artists and distinguished men, including Pinturicchio, who, when he painted in Orvieto, contract claims that would provide him with as much wine as he had managed to drink. Even wine has had a significant role in the construction of the Cathedral of Orvieto: between 1347 and 1349, the Masters who worked in the quarry of Monte Piso to extract and sketch the travertine stone periodically bought quantities, along with bowls and panatelle to drink it; but more resounding memories are those of the ‘noises’ raised in Orvieto as in other cities by the workers to get free quantities.
Finally, working hours included mid-morning and mid-afternoon stops for drinking the ‘mistu’, perhaps water and wine. Today the dry version predominates, but continues the tradition of production of sweet, sweet and mellow Orvieto. Some producers of the classical area produce excellent versions of overripe grapes attacked by noble rot, Botrytis cinerea, which gives it unique characteristics of concentration and elegance.
In the autumn mornings, generally, a thick fog is formed that favors the development on the bunches of this particular mold that feeds on the water contained in the acini and that dilates the pores of the skin without breaking it, thus causing evaporation when the bunches warm up in the rays of the sun. The musts obtained are therefore very sugary, rich in glycerin which gives the wine a particular ‘greasiness’, with the concentration of all the aromatic components.

This website uses Google Analytics to collect anonymous information such as the number of visitors to the site, and the most popular pages.

Please enable Strictly Necessary Cookies first so that we can save your preferences!